The German organist Wolfgang Zerer received his first organ lessons from the organist at Passau Cathedral, Walther Schuster. In 1980 he began his studies at the College of Music and Performing Arts in Vienna; organ with Michael Radulescu, conducting with Karl Österreicher, and later harpsichord with Gordon Murray, plus Church Music. He studied harpsichord for two years with Ton Koopman in Amsterdam and church music in Stuttgart (organ with Ludger Lohmann). Wolfgang Zerer has won awards at several competitions, among them Bruges in 1982 and Innsbruck in 1983.

Wolfgang Zerer has given concerts and masterclasses almost all over Europe, Israel, the USA, Japan and South-Corea. His growing lists of recordings includes organ music by Matthias Weckmann, J.S. Bach and Max Reger. 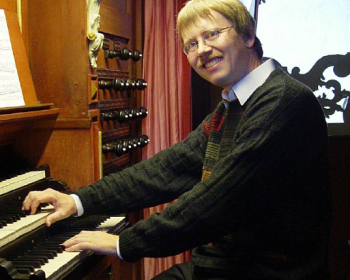