Thomas Lacôte is organiste titulaire at the Eglise de la Trinité in Paris, a post that Olivier Messiaen held for 60 years. He worked at the Paris Conservatory for six years as the assistant of Michaël Levinas, before being named professor of analysis in 2014. He was educated at this institution, receiving five first prizes with distinction between 2002 and 2006. His manifold musical activities bring together composition, improvisation, performance, teaching and research. His cycle Etudes pour orgue (2006–2015) presents a new approach to the instrument and its sonority. Among his latest works are Uchronies I for two pianos, commissioned by the French Ministry of Culture, Four Motets for female voices and organ, and La nuit sera calme for organ and percussion, commissioned by Radio-France. In 2013, his first solo CD entitled The Fifth Hammer was recorded at the Eglise de la Trinité, and released by Hortus.

In 2012, Thomas Lacôte was awarded the Del Duca prize from the Académie des Beaux-Arts-Institut de France. In 2019 he received the Hervé Dugardin composition prize from the SACEM. He is artist in residence at the Royaumont Foundation, and a member of the musical committee of the Prince Pierre Foundation in Monaco. 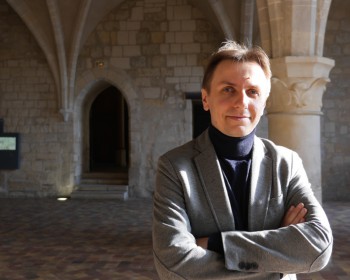