Tonight eight top improvisers will meet each other musically for the first time! And for the second time, the beautiful 20th century organ in Doopsgezinde Kerk will be the instrument for this round.

The following participants perform for you and the jury:

The assignments are kept secret from the jury and the audience until the competition round starts. Participants will be informed about the assignment only one hour before their performance. Preparations must be made without an instrument.

After the last participant and the jury deliberations, the six players selected for the second round will be announced.

The international jury consists of

Chairman of the jury is Ansgar Wallenhorst (D)

Seventy-one years ago, on Monday 2 July 1951, an improvisation contest took place for the very first time in the Bavokerk in Haarlem. Not just for the first time in Haarlem, but for the first time in the world! The Second World War had come to an end six years earlier, and the Müller organ was certainly not in top condition, but it was the dream of the initiators of Haarlem to reunite the European countries in a musical battle on a friendly basis. Two years later, the first American participant took part and, more importantly, in this year Helmut Walcha was the first German to be invited as a jury member. Who could have imagined that seventy years later we would be here again, with participants from all over the world? The circumstances are completely different, but one thing is clear: the Haarlem Improvisation Competition is very much alive and has a bright future! 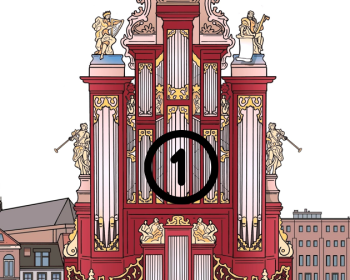