In collaboration with the Willibrordus Foundation

Dominik Susteck (*1977 in Bochum) has been organist of the Cologne Art Station Sankt Peter 2007-2021. In addition to teaching at musical colleges in Essen, Düsseldorf, Weimar and Cologne, he has attracted attention with modern improvisational concerts. In addition, he has played numerous world premieres of works by younger composers (Janson, Odeh-Tamimi, Pena, Froleyks, Köszeghy, Ruttkamp, Seidl, Wozny and others). He presented his repertoire, which is predominantly oriented towards con- temporary music (Herchet, Hölszky, Kagel, Ligeti, Rihm, Stockhausen, Stäbler and others) on several CDs on the Wergo and Querstand labels in cooperation with Deutschlandfunk, and twice in a row he received the German Record Critics' Award for this. As a composer he has been awarded prizes (Ger- man Music Competition, Klaus-Martin-Ziegler Prize, Schneider Schott Music Prize Mainz and others).

Tobias Hagedorn was born in Moers in 1987. He studied church music and electronic composition at the Hochschule für Musik und Tanz in Cologne, as well as composition at the Hochschule für Musik und Darstellende Kunst in Frankfurt am Main. He received a scholarship from the Mozart Foundation and was a prizewinner of the “ad libitum” composition competition of the Netzwerk Neue Musik Baden-Württemberg and of the composition competition for organ and tape in Dudelange. In 2022, he will receive a six-month scholarship from the German government to be spend at the Cité Internationale des Arts in Paris. His music has been broadcast on Deutschlandfunk and the WDR. Hagedorn teaches at the HfMDK in Frankfurt am Main, at Dr. Hoch’s Konservatorium and at the Hochschule für Musik Trossingen. As a part-time organist at the Herz Jesu Church in Frankfurt-Oberrad, he organises “HörBar”, a concert series with contemporary music. His own music is a combination of composition and the programming of digitally describable processes. He works with the programming environment “Pure Data”. 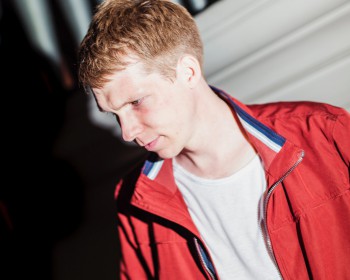