The Organization, the Artistic Council and the General Board of the International Organ Festival Haarlem announce with sadness that we have been informed of the death of the Haarlem ‘Stadsregistrant’ Agnes Hylkema. Agnes passed away on Monday, November 16.

For more than thirty years, Agnes was the regular stop assistant during the Haarlem City Organ concerts, and also of the concerts and competition rounds of the biennial International Organ Festival. Her professional assistance to the competition candidates was legendary. She was very aware of her great responsibility – after all, she could make or break the improvisations of the participants. She got the greatest compliments over and over again for how she could reassure organists, who were extremely tensioned, and let them perform at their best. An anecdote she told many times was how once a competition candidate won the Haarlem prize because she pushed all the stops away just in time – although the candidate continued playing. The jury praised the candidate afterwards because he had stopped exactly at the right time...

Renowned organists worldwide who visited Haarlem know who she was and what achievements she was capable of. Some performers made virtually no registration marks and relied entirely on the knowledge and skills of Agnes. Others noted numerous clues, sometimes almost illegible, in their scores. Agnes was able to decipher and execute the notes flawlessly.

In 2018, Agnes decided to retire from her duties. The organizations of the Municipal Organ Concerts and the Haarlem Organ Festival took this opportunity to officially say goodbye to Agnes. She received some presents, but she was most proud of the certificate that since then has been given a special place in her small house on the Haarlemse Witte Herenstraat.

International Organ Festival Haarlem awarded this certificate on Thursday 26 July 2018, after the Municipal Organ Concert given by Leo van Doeselaar and Geerten Liefting, to Agnes Hylkema in great appreciation for her many years of commitment as a registrant in the Grote of St.-Bavokerk during dozens of competition rounds and hundreds organ concerts during the Haarlem Organ Festivals of the past decades. As a permanent registrant, she has contributed in an invaluable way to the developments in the field of the Haarlem organ culture.

We will miss Agnes! 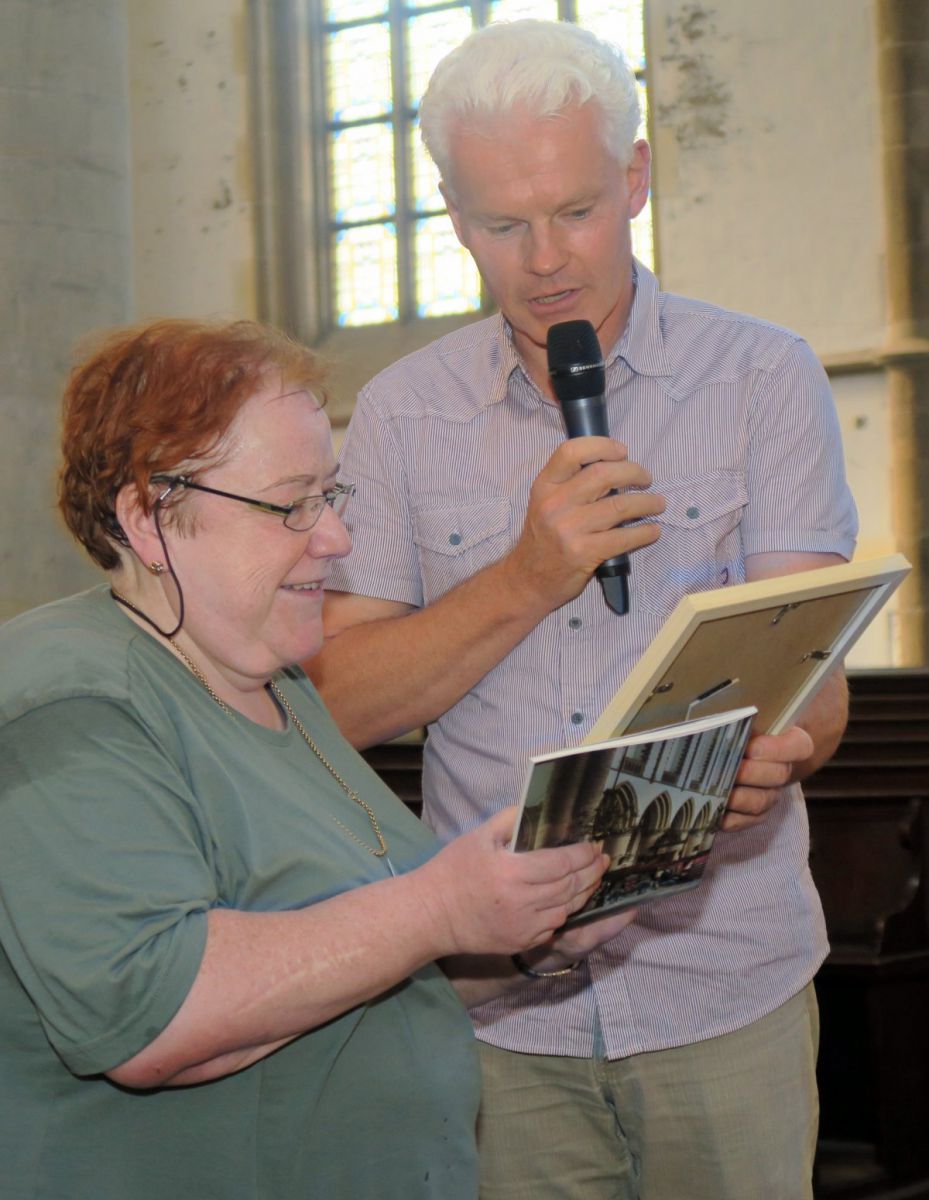 Reactions sent to office@organfestival.nl will be forwarded to the relatives of Agnes. 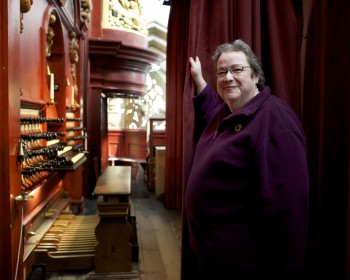