In search of innovation and originality

Last Saturday, July 23, the final of the 2022 Haarlem Improvisation Competition took place in the Grote of St.-Bavokerk. Unfortunately, the evening did not produce a winner. The jury, chaired by the German organist and improviser Ansgar Wallenhorst, indicated that they expected more innovation, creativity and originality. In order to give a quality boost not only to the Haarlem improvisation competition, but also to the art of improvisation in general, the jurors decided not to award a Prize.

Since 1951, the Improvisation Competition is the heartbeat of the Haarlem International Organ Festival, which takes place every two years in Haarlem. The Festival attracts visitors from all over the world. Last week, eight young musicians shared their passion for the organ improvisation with colleagues and the public. The organists Sebastian Benetello (D), Marcel Eliasch (D), Niklas Jahn (D), Cyril Julien (CH) and Evan Bogerd (NL) dropped out after two rounds of improvisation. The organists Harmen Trimp (NL), David Kiefer (D) and Wouter van der Wilt (NL) were the three finalists last Saturday. They were commissioned to play two improvisations, one based on a newly composed theme by Thomas Lacôte (F) and a free improvisation to accompany three silent abstract films by Walter Ruttmann from about hundred years ago.

Although all three are outstanding musicians, the international jury, consisting of Zuzana Ferjenčíková (SLO/A), Vincent Thévenaz (CH), Dominik Susteck (D), Martijn Padding (NL), Gerben Mourik (NL) and chaired by Ansgar Wallenhorst (D), did not announce a winner. According to them, the organists lacked new and experimental improvisation techniques. Also the public was able to vote and the public prize (1000 euros) was awarded to the Dutch Harmen Trimp.

In particular, innovation and renewal are essential to the festival’s mission. With each new edition, the jury expects new playing techniques, stimulating improvisational experiments and inspiring sound worlds. According to the jury, in these elements the results were disappointing.

“Haarlem has always been the place where the art of improvisation is the best in the world. Every organist looks up to this festival. It’s a place of invention, originality, and creativity. Due to the pandemic organists missed the routine of concerts, collaborations, and interaction with an audience. We think this is one of the reasons the improvisation performances of the participants of the International Organ festival Haarlem lacked the outstanding level of improvisation Haarlem is known for: surprising the audience with new routes, experimental techniques, unique improvisations one never heard before.

As a jury we feel responsible to keep the high level of the Haarlem Improvisation contest for the future and decided not to give the price to one of the finalists, but we advise the Board of the International Festival Haarlem to use the prize money as an investment in young talent in organ improvisation. We, as a jury, feel strongly connected with the festival and are dedicated to support these young talents in their journey to excellence in any way that we can.”

The board of the International Organ Festival will consider the above advice and will provide more news on the destination of the prize money later this year. 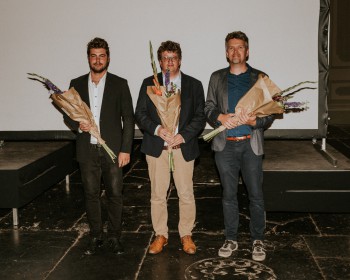