We were saddened by the news that the Swedish organist Anders Bondeman passed away on 18 November 2022 at the age of 85. Bondeman was of invaluable importance to the contemporary art of organ improvisation.

Anders Bondeman was pupil of Helmut Walcha and Cor Kee. From 1971 until his retirement in 2002, he was titulair organist of the organ in Jacobskyrkan in Stockholm.

As an improviser, he was of major influence on the current generation of organists. In 1965, he won the International Improvisation Competition Haarlem. Afterwards, he was a jury member three times and also composed themes for the competition. During his lifetime, he taught improvisation at the Royal College of Music in London, among others.  The anniversary book 'The Haarlem Essays' (Dr J. Butz Verlag, 2014) includes an interview with Anders Bondeman.

The Artistic Council, the Board and all others involved in the Haarlem International Organ Festival and Competition remember Anders Bondeman with great respect. 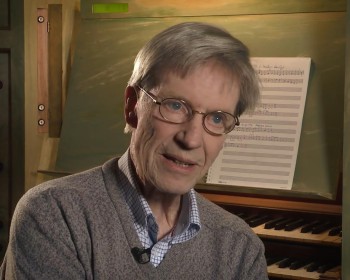