For the preselection round of the Haarlem Improvisation Competition, the organization received a record number of 26 entries from countries such as the United States of America, Canada, Italy, Romania, Germany, France, Switzerland, Hungary, Belgium, Japan and The Netherlands. The assignment was to make a recording of five short improvisations based on thematic material composed by the French composer and organist Thomas Lacôte (Paris). In total, almost 9 hours of music were submitted, to be judged anonymously by the preselection jury consisting of the Dutch improvisers Jan Hage, Berry van Berkum, and Gerben Mourik.

The eighth participant is Evan Bogerd, the Dutch winner of the National Improvisation Contest which took place on 22 June 2018 during the Bachfestival Dordrecht. 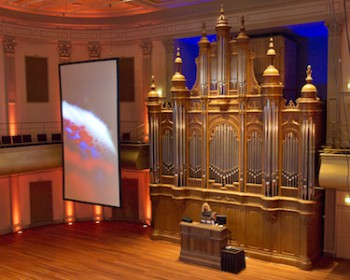