We are saddened by the news that on Tuesday 11 July 2017 Maestro Luigi Ferdinando Tagliavini (b. 1929) deceased. Since the beginning of the Haarlem Summer Academy Maestro Tagliavini was one of the main organ professors. Together with Anton Heiller (1923-1979) and Marie Claire Alain (1926-2013) he was of major influence on the developments of the Haarlem Summer Academy, the Haarlem Festival, and the European organ culture in general.
In 2014, the 50th anniversary of the Haarlem International Organ Festival, Mr. Tagliavini visited the Festival for the last time. We still remember the unforgettable recital he performed on this occasion in the Nieuwe Kerk in Haarlem.

He will be remembered in Haarlem with great respect and friendship. 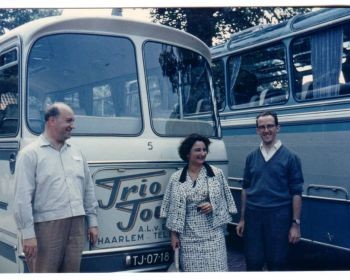